What Can History Tell Us About the Present?

Heather Cox Richardson, the clear-eyed writer of “Letters From an American,” would like you to know that America is a survivor. Richardson chronicles recent events in her daily online newsletter, reaching over a million readers who are looking for a reasoned calm voice during stormy times. A professor of history at Boston College, Dr. Richardson has a genius for distilling the chaos of current events, letting us know that we’ve been here before and that democracy is still standing.

Currently the most successful writer on Substack’s newsletter platform, Richardson holds a Ph.D. from Harvard and is the author of six books on history and politics. Her most recent book, How the South Won the Civil War: Oligarchy, Democracy, and the Continuing Fight for the Soul of America, traces the competing claims of equality and hierarchy in America from the 1600’s to the present. “We have come to the verge of autocracy a number of times,” she explains, and each time, “people who otherwise thought they didn’t care about politics have woken up, and they have gotten involved, and they have taken back our government.”

A native of New England, Richardson started her newsletter to reach out to newly energized Americans searching for a reasoned and historical perspective in an increasingly chaotic national landscape. She writes as a historian who finds comfort in returning to history to see how Americans in the past preserved the republic. According to one of her students, “What makes her so unique is her ability to be a normal human being and express those brilliant remarks in a way that everyone can understand.” In addition to writing and teaching, Richardson hosts a bi-weekly livestream chat on Facebook and is a frequent guest on National Public Radio (NPR) and Public Broadcasting Service (PBS).

Joseph D. Steinfield is a New Hampshire native who graduated from Brown and Harvard Law School and lived and practiced law in Boston for several decades. His monthly columns appear in the Monadnock Ledger-Transcript and the Keene Sentinel.

Sponsor:
Sponsored by RiverMead
Lecture Audio
2021_Heather Cox Richardson - What Can History Tell Us About the Present_ (1).mp3 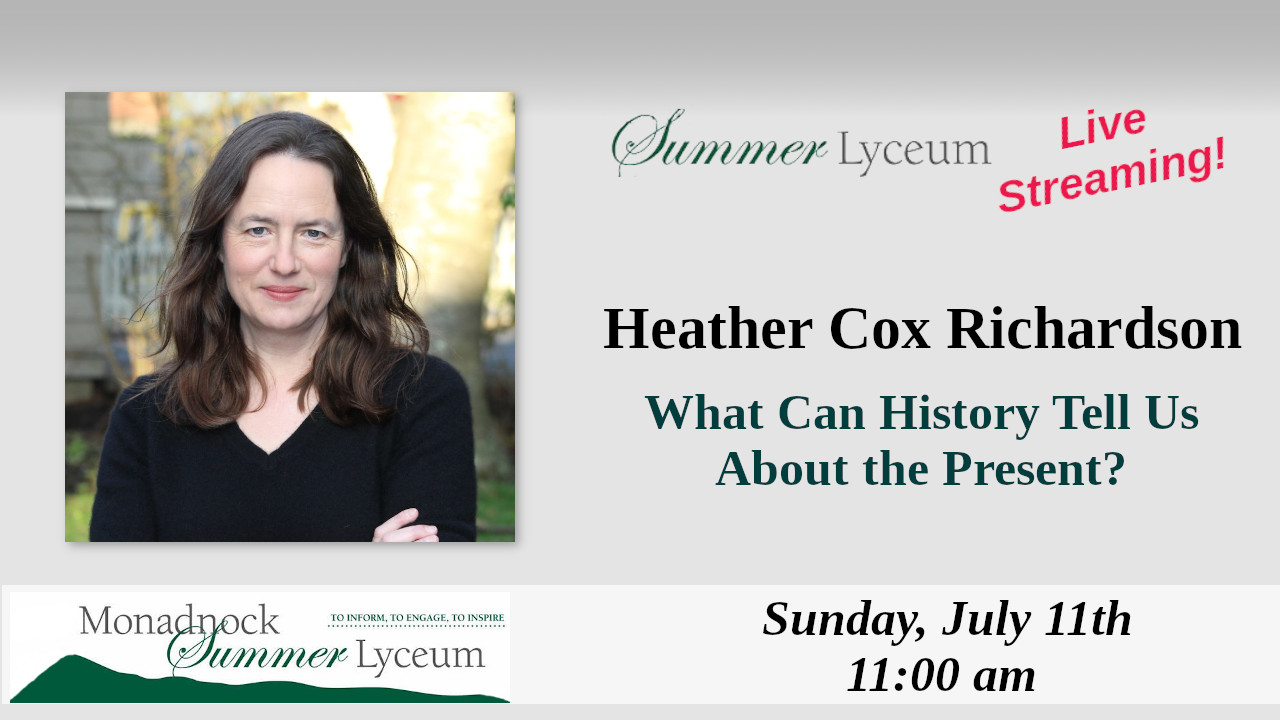