After decades of decline, farming in the Northeast is growing. But the news is not all good. New England’s traditional dairy industry is in crisis. All farming, even farm sectors that are doing well, whether in the Northeast or elsewhere in America, are threatened by major economic and demographic forces. Farming in America is both poised for growth and severely threatened. The future depends on the actions we take.

Our speaker, John Piotti, has focused on this critically-important issue for most of his professional career, first in Maine, and now nationally. John sees the world of agriculture holistically, recognizing the connections between land protection, farming practices, farm viability, and the need for new models of land access that will allow the next generation of farmers to enter the field.

In July 2016, John Piotti became the fifth president of American Farmland Trust (AFT), the pioneering national organization that, since 1980, has helped permanently protect five million acres of farmland and helped farmers adopt environmentally-sound farming practices on millions more. John has worked at the forefront of sustainable agriculture in his home state of Maine since the early 1990s, when he created the Maine Farms Project. He later helped found Maine Farmland Trust (not affiliated with AFT), becoming its president in 2006. Under his leadership, MFT supported 500 farm families and protected 50,000 acres of farmland, and was recognized as the best-run non-profit of its size in Maine. Until termed-out in 2010, John also served in the Maine State Legislature, where he chaired the Agriculture Committee and later served as House Majority Leader.

Awarded a prestigious Eisenhower Fellowship in 2005, John is a recognized thought-leader in agriculture policy. He holds three degrees from the Massachusetts Institute of Technology (MIT): in engineering, public policy, and systems management. 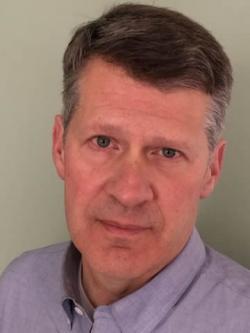