An Introduction to Kinkō Ryū Shakuhachi

One of the most recognizable sounds of Japan, the shakuhachi—an end-blown bamboo flute—is a tradition with deep roots going back millennia to when it was played exclusively by itinerant monks. For six generations, the primary branch of this musical study, the Kinkō school, has been associated with the Araki family. This seemingly simple instrument, with its haunting sounds and penetrating dynamism, will be given a brief, yet comprehensive overview by one of the world’s leading experts.

Kodō Araki VI was born Hanzaburō Araki and raised in Seattle, WA. At the age of 17, he first took up the shakuhachi under the tutelage of his father, Kodō Araki V, making his professional debut just four months later in Shimonoseki, Japan. In 2009, upon his father’s retirement, Hanzaburō, or Hanz as he’s commonly known, was given the name Kodō, making him the sixth in his family to carry on this tradition. Araki taught at Keio University in Tokyo. Now based in Maine, he has toured extensively across North and South America, Europe, and Asia, and appears on dozens of recordings and soundtracks. He has engaged in three decades of musical exploration of Irish, Scottish, Japanese, and American traditions, which has yielded his distinctive style. In 2021, Araki released his first solo album, titled Hankyō or “Reverberation.”

2021 marks the 250th year since the passing of Kinkō Ryū founder Kurosawa Kinkō (1710-1771). Araki was named for his great-great grandfather Hanzaburō (1823-1908), also known as Kodō II, who was instrumental in preserving this music through the tumult of The Meiji Restoration of 1868 when the Japanese government banned many traditional arts in their quest to modernize. In the summer of 2020, Araki was able to take possession of a flute made by his namesake.

You can learn more about him at https://hanzaraki.com

Laura Gilbert concert flutist, mentor and teacher, is the Co-Founder and Co-Artistic Director of Electric Earth Concerts. She has performed on concert stages around the world and has an extensive discography. Dr. Gilbert is on the faculty of Mannes College and Saint Ann’s School. 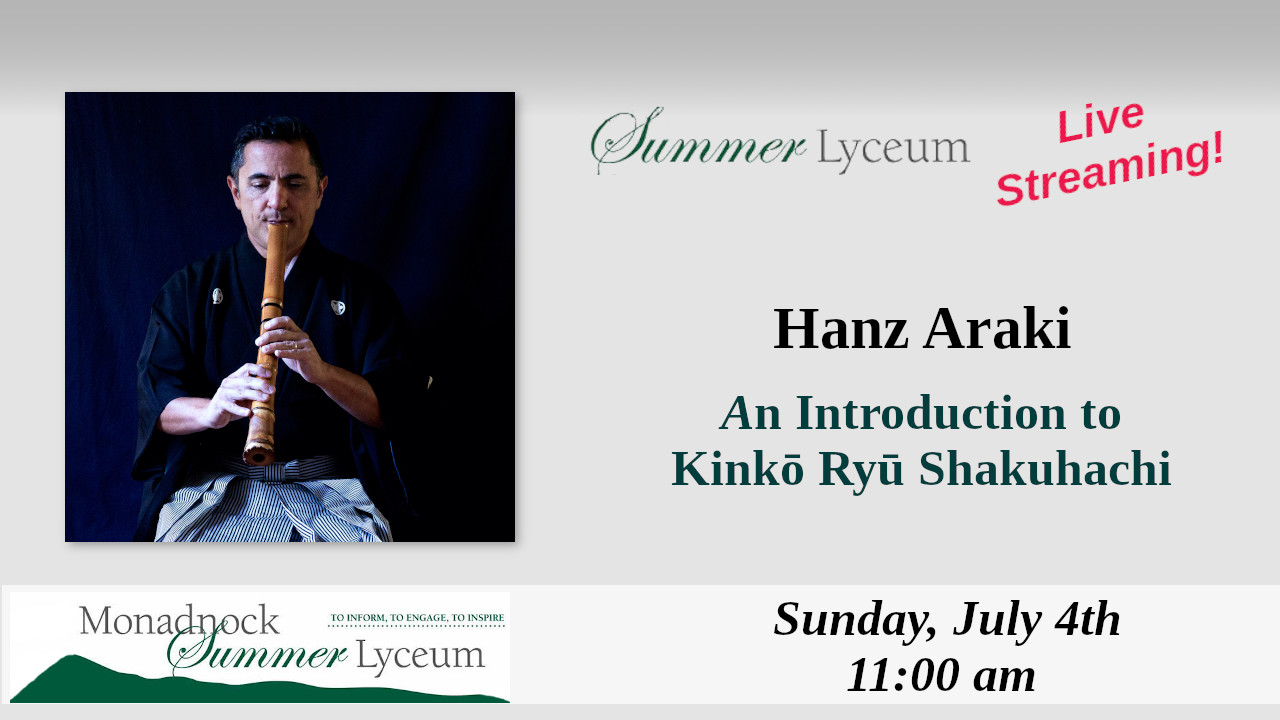 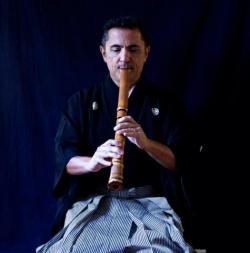