When Marjorie Heins started her "dream job" at the American Civil Liberty Union's Arts Censorship Project in 1991, she did not realize how much it would focus on sex. The previous year, however, had seen prosecutions for obscenity against a museum for showing the works of famed photographer Robert Mapplethorpe, and against a music store owner for selling a recording by a rap group. Heins foresaw how sex-and-censorship wars would continue throughout the 1990s.

Heins’ book “Not in Front of the Children: ‘Indecency,’ Censorship, and the Innocence of Youth” focuses on the continuing power of sex-based censorship. Another recurring issue, censorship on campus, inspired her most recent book “Priests of Our Democracy: The Supreme Court, Academic Freedom, and the Anti-Communist Purge.” It tells the story of teachers and professors who were blacklisted in the '50s, the Supreme Court's belated recognition of academic freedom, and continuing battles on campuses today. "I remember citing the Supreme Court's decisions on academic freedom in my briefs," Heins says, "and I discovered that they emerged from the anti-communist Red hunt of the 1950s. I became fascinated by this history." Heins will narrate her astonishing journey as an American Civil Liberties lawyer during these years.

Ms. Heins worked at the ACLU from 1982-89 and again from 1991-98. She is the author of five books and scores of articles on civil liberties. She has been a fellow at the Open Society Institute, the Brennan Center for Justice, and the Frederic Ewen Academic Freedom Center at New York University.  She currently directs the Free Expression Policy Project, an educational resource on artistic and intellectual freedom. 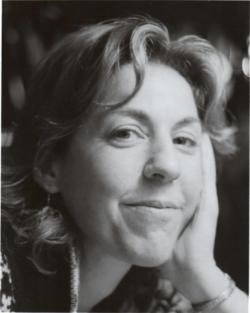